THE STREET FOOD VAN RISING FROM THE FLAMES…

What happens when your beloved street food van burns down? You pick yourself up, dust yourself down and start again…

Things were looking up for Ellie Penny, the owner of touring street food van Last Night a Vegan Saved My Life. The festival-loving former model and dancer launched the business in 2018 after illness made her change her diet. “I found that vegan offers at festivals tended to be pretty much limited to falafel,” she says. “I spotted an opportunity – what I want at a festival is something a bit dirty and naughty, but which will also line your stomach.”

After applying for a start-up grant and importing an Airstream van from China, she launched the business at a Bloc Party gig at Alexandra Palace in October 2018. A busy November full of corporate events followed. The van had a busy summer booked for this year, but in March her long-term illness forced her to go back into hospital. When she was finally discharged, she got a call which would change everything.

“I got a call from the yard where the van was locked up,” recalls Ellie. “They said ‘it’s been burnt’. I said ‘What, like damaged?’. ‘No,’ they said. It’s been completely burnt.” 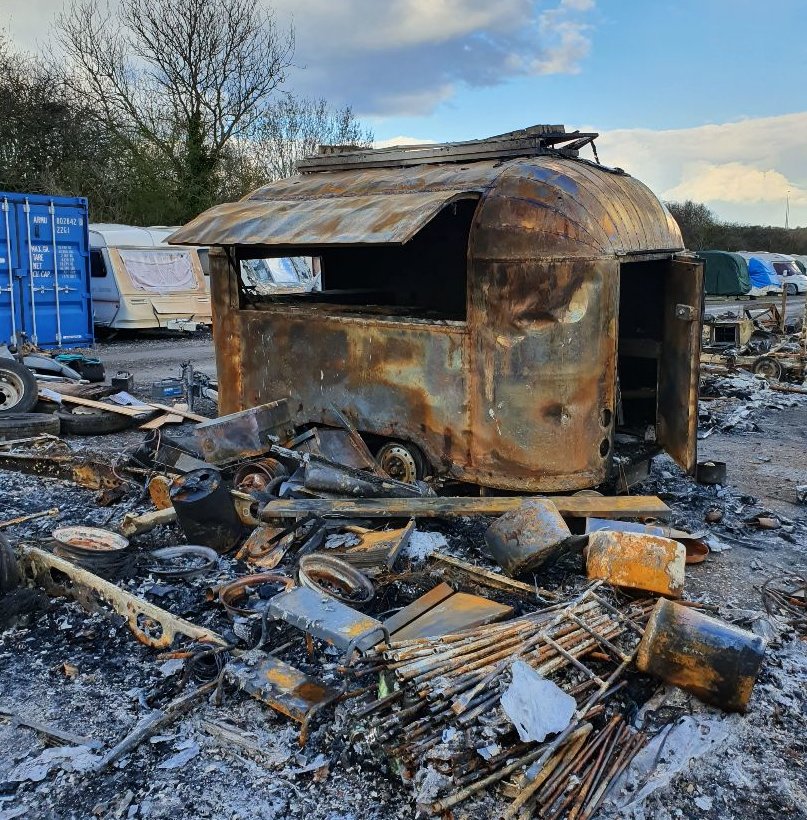 In total, the fire which tore through the Upminster storage site where the van was locked up took out 10 caravans, three cars, four trailers, a shipping container, a boat… and one Airstream. It took eight fire engines and 60 firefighters to tame the blaze. “I was devastated,” says Ellie. “When I was in hospital the only thing that was keeping me going was the van. I didn’t think I had it in me to start again.”

To compound matters, her insurance payout didn’t amount to much. “I had insurance for the structure, but it wasn’t enough – I’d underinsured. it didn’t cover the loss of earnings from the festivals we would have been at either,” she says.

So, the Monday following the van’s untimely destruction, Ellie launched a GoFundMe to start again. After setting a target of £15,000, in the first 24 hours they raised £16,000 and ended up reaching £23,000 in total. “I think people were like ‘how can this one person have such bad luck’”, says Ellie.

With a new Airstream-style van due for delivery, Last Night a Vegan Saved My Life is nearly ready to hit the road again this summer, serving up its array of fried chicken seitan and curries to families, festival goers and ravers at events including CarFest and Elrow Town. The break from the fire has given her time to rethink her strategy too.  “Originally I was doing pre-preparation in my own kitchen,” says Ellie. “I’ve got two chest freezers in my living room! But now I’m renting an industrial kitchen one day a week.”

After an incredibly testing few months, Ellie’s more determined than ever to make a success of the van. “I will do this again,” she says. You get the impression that when Last Night a Vegan Saved My Life returns, it’ll be better than ever… 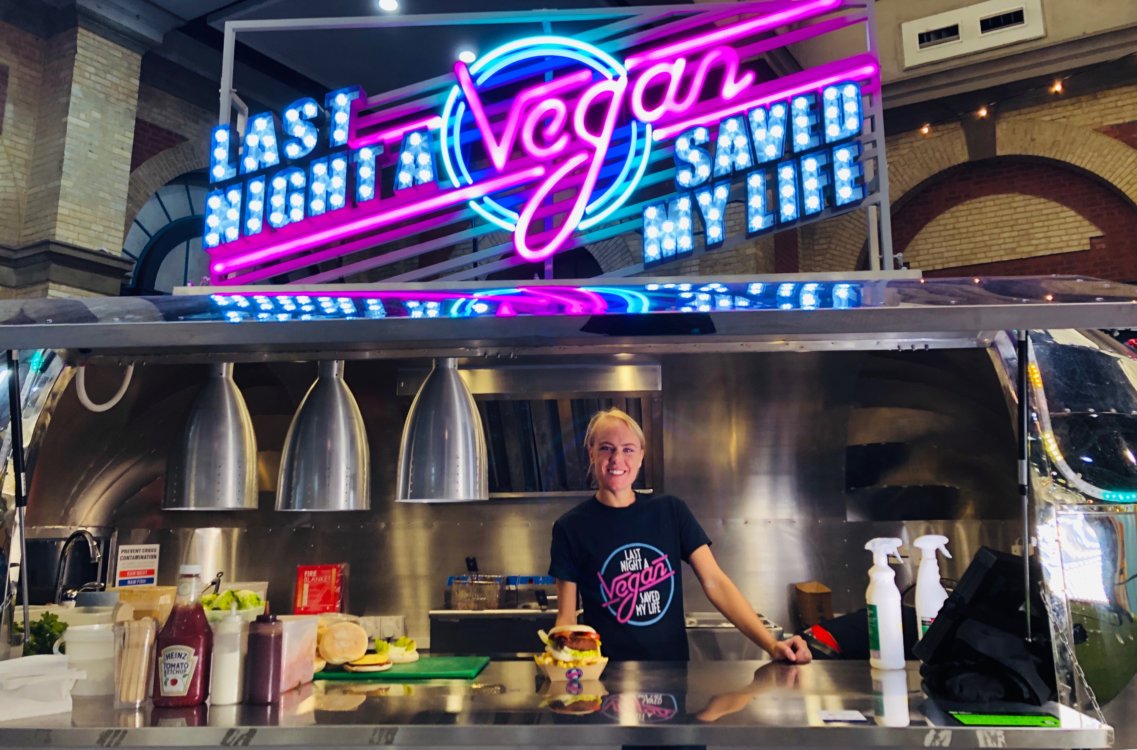 Keep up to date with the progress of Ellie and Last Night A Vegan Saved My Life here. Also be sure to follow Street Food Warehouse on Facebook and Twitter for information on our Summer Street Food Tour.