Unless you’ve been under a big, meaty rock for the past couple of years, you’ll have noticed the spike in vegan and vegetarian options available in pretty much any place that you can grab some scran. Whether it’s your local supermarket or your favourite food chain, there are more and more options popping up to cater for the rise in veggies and vegans across the country. A great thing too, we reckon. If you’re making serious life changes to do your bit for mother earth, it’s only right that there’s a strong range of tasty options at your disposal.

As Cardiff’s non-meat scene flourishes, we caught up with one of the pioneering pop-ups taking the city by storm – Sero. The brainchild of chef Chris Braham, Sero’s menu isn’t your average meat substitute; we’re not talking bean burgers and mushroom bakes, here. No, Chris has perfected some tried and tested recipes that deliver the same meaty tastes and textures that you’d get in your standard chicken or beef burger, but instead are all vegan-friendly. Keen to hear more, we headed to Sero’s latest pop-up event at The Blue Honey Night Café, where we managed to have a chat with the man behind the magic.

How did Sero start out?

At the time, there were next to no options in terms of vegan alternatives to chicken shop or kebab house-style food, unless you got a train to London or a flight to Berlin, or spent hours cooking it yourself at home. Most people our age visit these sorts of takeaways religiously, especially after a night out. It’s quick and easy food that tastes good and hits the spot, but sadly it’s never vegan and almost always uses meat from factory-farmed animals, so the idea for me was to create a version that tastes the same – and is just as convenient – but doesn’t contribute to any animal suffering whatsoever.

I’m about to get preachy two questions in, but it’s for the animals! Plenty of non-vegans have tried our food and say that if it was readily available they’d be more than happy to choose it over a meat version. It’s only small scale for now, but this still reduces the demand for animal products – which is a win for us. 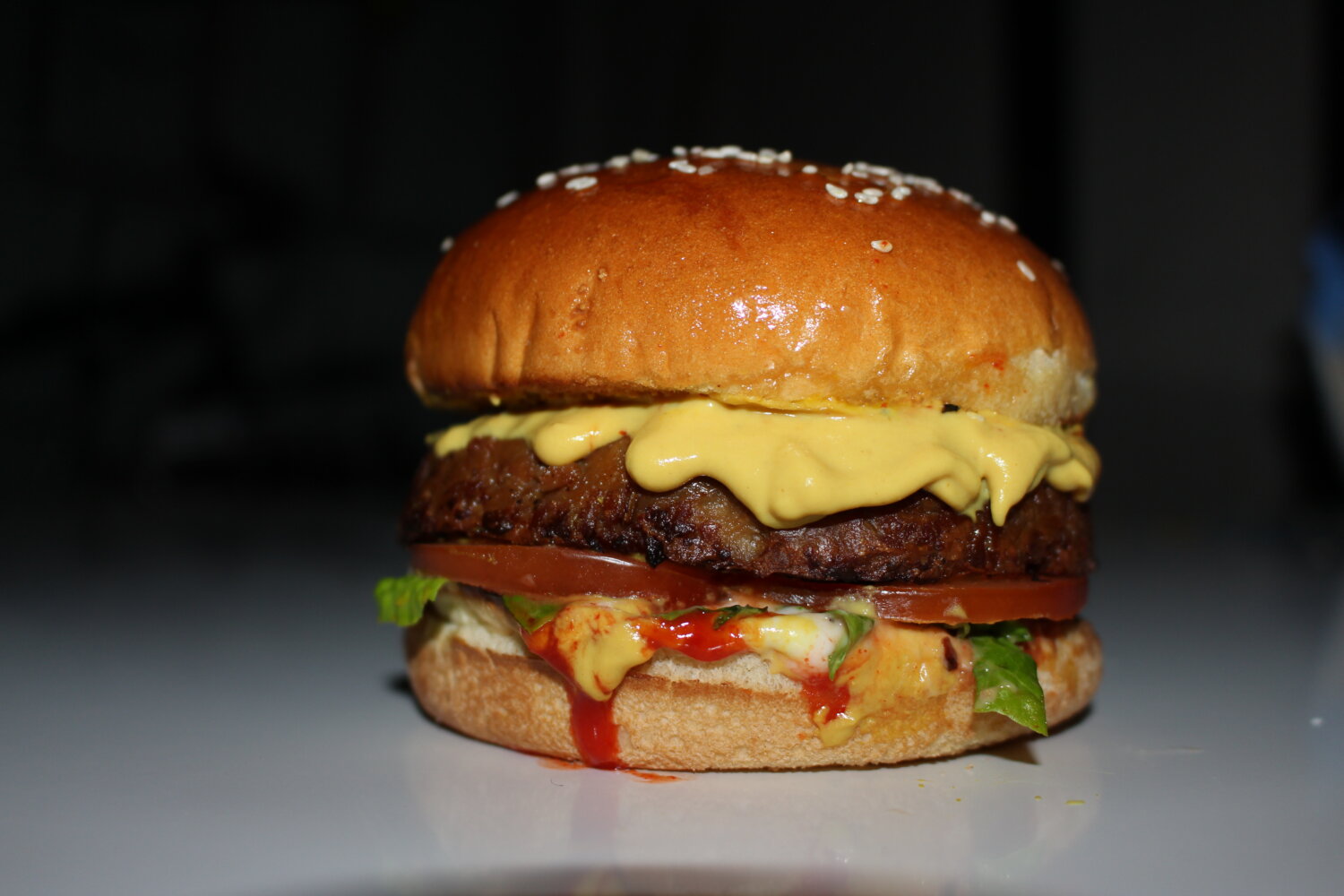 How do you research which ingredients you’ll use?

It took over a year of experimenting in my kitchen with loads of different ingredients. I scouted out some recipes now and then for inspiration, but it was mostly trial and error to be honest. It was actually really good fun, and it meant I was basically living off burgers and kebabs for a year!

Where are you currently serving your food (aside from Blue Honey, big ups)?

Aside from the fortnightly pop ups with Blue Honey every other Monday, we’re also in talks with Blanche Bakery to do a pop up with them, and we’ve also been approached by a few pubs but nothing is finalised yet.

Then we also do market stalls. We were at The Bone Yard’s last ever summer market before they moved, which was great fun! Our next one is at Cathays Community Centre for a Wintersoul Holistic & Well-being event. Again there’s a few more potential ones in the pipeline, but I won’t give details just yet.

What are your future plans for Sero?

If I can make a living whilst also helping to reduce the demand for animal products then I’ll be happy with that. The goal is to have our own takeaway shop, preferably in Cathays or Canton. Until then, we’ll continue to smash out as many pop ups and market events as we can! Our first ever pop up was only 6 months ago so it’s been really good progress so far. Hopefully it’ll continue and we’ll just keep building and growing!